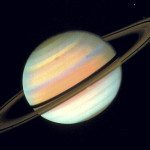 On March 2, 2014 Saturn began its retrograde process. Now, finally Saturn will be turning direct on Sunday, July 20, 2014. Retrograde times are times for reflection, reviewing and looking in the rear view mirror to see where we have been. I often say it’s the time you learn where there has been a missing piece of the puzzle. That missing piece of the puzzle is vital to moving ahead. This indeed is the gift of retrograde processes. Saturn, after all deals with the wisdom that comes from hard earned experience. Saturn is currently transiting through the sign of Libra. Libra is concerned with balance and relationships. Most likely it has brought about issues that deal with the delicate balancing of all relationships. Even the relationship we have with ourselves. Saturn creates delays, obstacles and restrictions. Where have you felt frustrated? Saturn forces us to make that hard introspection into ourselves. Is it possible that what we feel denied of is what we have not been giving?
Responsibility, discipline, and hard work. Saturn does not give up or out until we get it. (hint: where have you felt delays, obstacles, frustrated?). It is important to remember that Saturn does give its rewards. Saturn in the sign of Libra is where it is functioning at its highest and best. The planet known as the taskmaster is the one that “grows us”, our awareness and ultimately our consciousness