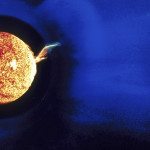 Mars planet of action and energy reaches its exaltation point today. O.k., you say, so what does that mean to me? Mars is currently transiting through the sign of Capricorn, where it reaches its exaltation point at 28 degrees. Exaltation is the point where a planet reaches its strongest ability to manifest itself. Mars deals specifically with our energy. Other characteristics of Mars are; power, courage, strength, aggression and independence. Mars represents your interest, wherever this planet is located in your chart is where you will put forth the most energy. Mars enjoys competition and is goal-oriented. The house and sign location in your chart is revealing in terms of your personal motivations. When planets’ energy is operating on a lower level we may become angry and aggressive. This is when Mars gets a bad rap. However, Mars on a higher level is a spiritual warrior. The spiritual warrior understands how to direct this powerful energy in a most positive and disciplined way. Mars get special attention today. Scientist are reporting that they have found the strongest evidence to date, that Mars may have supported life! How exciting and how appropriate for this knowledge to be shared today……the day of Mars exaltation!