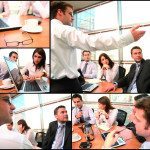 Feel that? Yes, that’s the energy of Mars turning direct. Mars, the planet of energy and action has been retrograde since March 1, 2014. If you felt you had lost your “mojo”, Mars retrograde could be why. The good news is, you can get it back. Today Mars turns direct.
Mars being a hot red planet usually gets a bad rap, after all being the “God of War” is a busy guy. However, Mars is important to all astrological signs. Where would you be without your energy, motivation and initiative? Mars can be said to be our personal gold, for without our energy in life, it would be impossible to get much done. Our desires would go unfulfilled, as Mars also represents our desires.
Mars is the general and commander, the one in charge, I’m sure you have noticed Mars ability to take action on a global level. Putin has used his strategy to grab land and resources during this period. Mars rules over the military, real estate and strategic endeavors. (Mars retrograde is associated with war).
For Martians, (you all know who you are) you will most likely notice this direct motion. You may feel as if you have been in a quagmire for the last 2 months. Aries, has had Mars retrograde in their 6th house, the house that deals with work.
So in some way your work, has really been WORK! You may have trudged through every day working at overcoming obstacles. It hasn’t been easy, if you have had personal planets there, well let’s just say your feet have been held to the fire.
For Scorpio, Mars has been retrograde in the 11th house. This area deals with gains, friendships, large organizations. You may have noticed that it has been very difficult to make any headway. Honestly speaking, you were in the quagmire with Aries, just dealing with different issues. Friends, could have caused problems. You have had to deal with some major disappointments and some news that was not so good to hear.
Aries and Scorpio, take heart, go ahead and make plans all systems are GO. For all other astrological signs, you may notice you feel more energy, more of that get up and go as they say.
Whew! Now you are ready to move ahead!